Illyria Outdoor Theatre: The Pirates of Penzance by Gilbert & Sullivan

Illyria Outdoor Theatre: The Pirates of Penzance by Gilbert & Sullivan 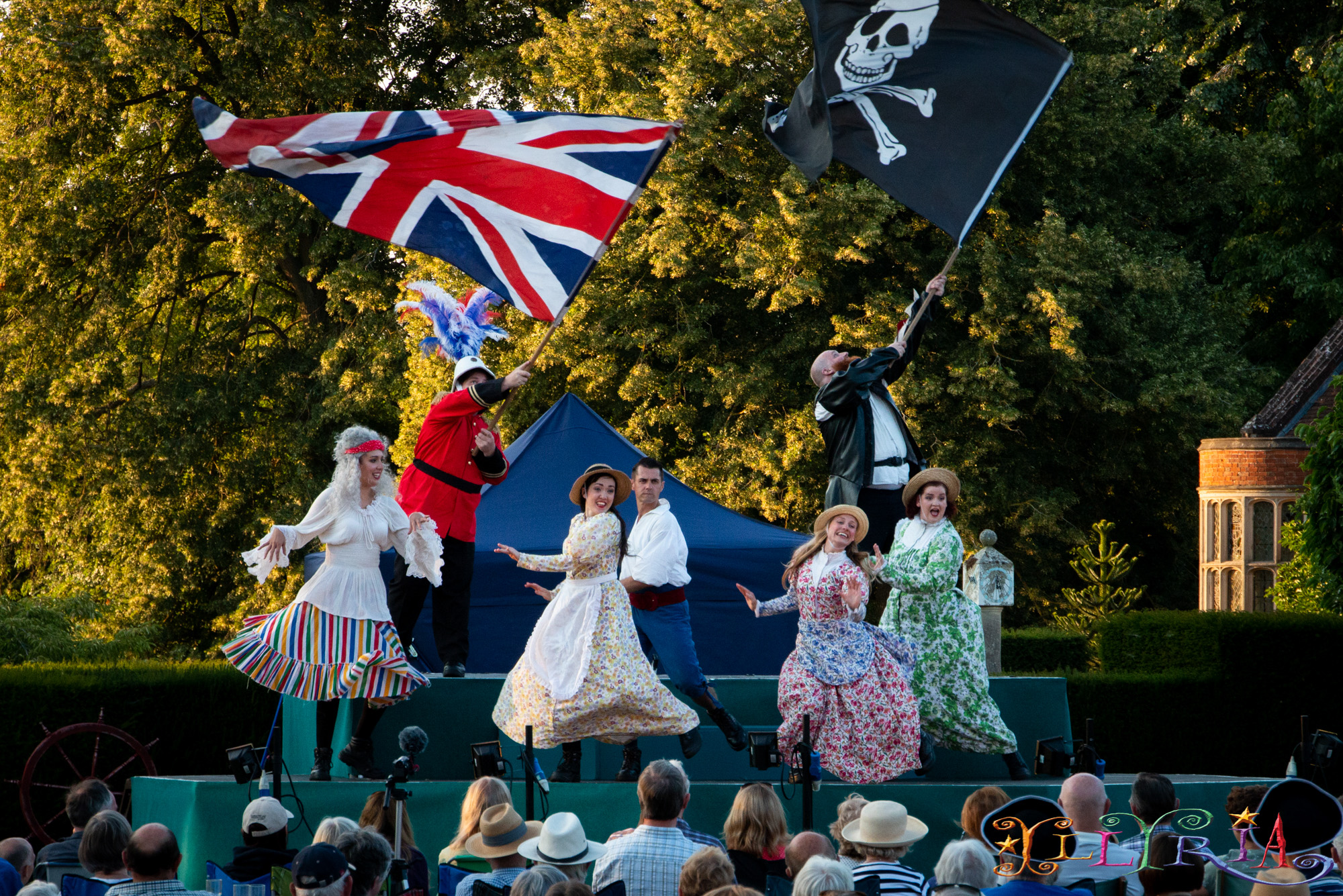 We can’t wait to welcome back the incredible Illyria Outdoor Theatre to Cockington Court. These popular performances in the grounds of Cockington Court book up fast, so be sure to book your tickets well in advance.

The Pirates of Penzance by Gilbert & Sullivan

Frederick, apprenticed to the Pirates since a child, learns that he was born in a leap year on 29th February, and that he is contracted to the Pirate King until his 21st BIRTHDAY, not his 21st year. With only the inept Penzance constabulary to protect him, how will he resist being forced to endure a life of crime until he is 84 – and will his sweetheart, Mabel, wait for him that long?

With hilarious melodrama, sharp satire and glittering wit, The Pirates of Penzance is as fresh as if it had been written today. It is packed-full of memorable songs such as To be a Pirate King!, Modern Major General and A Policeman’s Lot is Not a Happy One.

This website uses cookies to improve your experience while you navigate through the website. Out of these, the cookies that are categorized as necessary are stored on your browser as they are essential for the working of basic functionalities of the website. We also use third-party cookies that help us analyze and understand how you use this website. These cookies will be stored in your browser only with your consent. You also have the option to opt-out of these cookies. But opting out of some of these cookies may affect your browsing experience.
Necessary Always Enabled
Necessary cookies are absolutely essential for the website to function properly. These cookies ensure basic functionalities and security features of the website, anonymously.
Functional
Functional cookies help to perform certain functionalities like sharing the content of the website on social media platforms, collect feedbacks, and other third-party features.
Performance
Performance cookies are used to understand and analyze the key performance indexes of the website which helps in delivering a better user experience for the visitors.
Analytics
Analytical cookies are used to understand how visitors interact with the website. These cookies help provide information on metrics the number of visitors, bounce rate, traffic source, etc.
Advertisement
Advertisement cookies are used to provide visitors with relevant ads and marketing campaigns. These cookies track visitors across websites and collect information to provide customized ads.
Others
Other uncategorized cookies are those that are being analyzed and have not been classified into a category as yet.
SAVE & ACCEPT